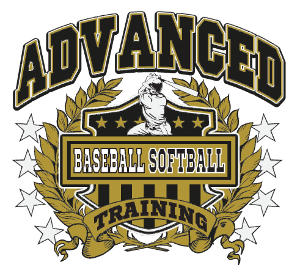 Our advanced technology measures your progress to optimize your training.

Advance your hitting, pitching and catching abilities in our state of the art Baseball and Softball Training facility. Our top ranked instructors will help you measurably improve your skills. We offer a range of services for serious training and fun. Official Training Facility for the NY Yankees AAA team the Scranton/Wilkes-Barre RailRiders.

Advance your hitting, pitching and catching abilities in our state of the art facility. Our top ranked instructors will help you measurably improve your skills. We offer a range of services for serious training and fun. Official Training Facility for the NY Yankees AAA team the Scranton/Wilkes-Barre RailRiders. 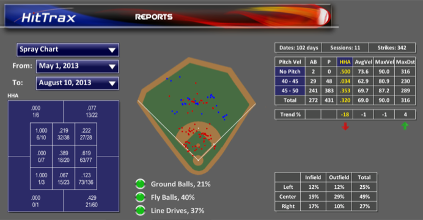 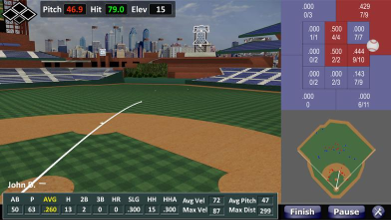 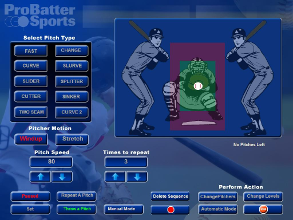 The ProBatter PX2 Baseball Video Simulator is the premier video pitching simulator in the world for baseball. Operated by a touch screen controller and containing a video front of an actual pitcher, it delivers Major League quality pitches thrown to multiple positions both within and outside the strike zone at speeds between 60 and 100 MPH. It throws virtually any pitch that a pitcher can throw, including rising fastballs, sinkers, cutters, split finger fastballs, curves, sliders and changeups which permit a hitter to simulate game-like conditions in a batting cage. The simulator can be manually operated or programmed to deliver a specific pre-selected sequence of pitches.
Patented Training Devices
Bat Speed Gun

Kevin was a four year starter at Montclair State University, as both catcher and designated hitter. He was a Four year All-State, Three Year All Conference, Three Year All-Midlantic Region player. He finished as one of the top ten players in school history, with 200 + hits, 25 home runs and 44 doubles, 9th in RBI and 5th in total bases. After college he played professionally for the Pro Freedom League in Arizona.

Michael pitched 4 years at Division I Towson University located in Towson, MD. and was a major contributor in 2013 to help win the CAA baseball Championship.

He won 10 games his senior year at Towson, which is tied for second in school history for most wins in a single season. He received All-Tournament team recognition in the NCAA baseball tournament at the UNC Chapel Hill Regional in 2013 after defeating #23 Florida Atlantic University.

After his 2013 senior season he signed a free agent contract to pitch in the Atlanta Braves Minor League Organization until a Labrum-shoulder surgery in 2014. After two years of rehabilitation and he played one year of independent baseball in Maine and California in 2016.

He has his BS degree in Exercise Science and has a MS degree in teaching Physical Education and possesses Teacher Certification In New York and New Jersey.

Coached:
At newhaven for 3 years
At New York Institute of Technology
Two summers with the Long Island College of the Atlantic Collegiate Baseball League.”

Robyn provides both Fast pitch pitching and hitting instruction. She has been giving private softball lessons for over 20 years. Robyn has a Bachelor’s degree from Montclair State University in Recreation and Leisure Studies. As a student athlete at Montclair, she was a three time All American and is also a two time recipient of the “NJ Athletic Conference Pitcher of the Year”. Montclair selected her as “Athlete of the Year” during both her Junior and Senior years. In 2014, Robyn was inducted into the Montclair State Athletic Hall of Fame. Prior to Montclair, she played softball for West Milford High School where she was elected “All conference, “All county”, and “All State”.


Advanced Baseball and Softball Training provides the cutting edge training experience not found elsewhere. Our experienced instructors have the ability to work with athletes of all ages and skill levels. We work on their technique and understanding of the game. We focus on body mechanics and mental strength both being important elements of the game. Some specific areas we concentrate on are: Stance, Footwork, Proper Mechanics, Mental Condition and pre-game preparation for injury avoidance. Our advanced technology measures your progress to optimize your training.
Meet Our Instructors
View Our Technology
Our Rates


Rates for facility use and training.
Birthday Parties
Contact Us


Visit us, call us or use our handy contact form. 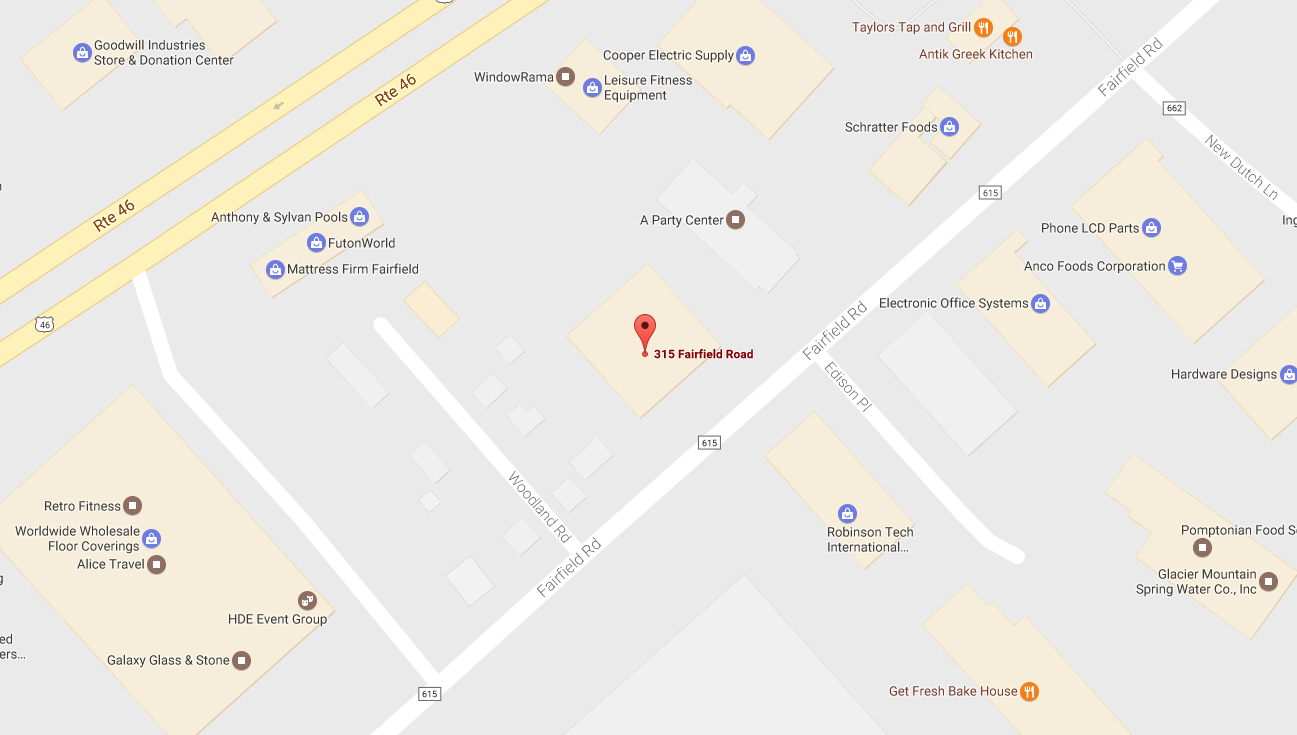 Come celebrate your special day with us!

This evaluation is a valuable tool for designing a training program tailored to you.